Tableau celebrates Valentine’s Day with its first update in 2019

I was in Perth last week delivering a public Tableau training session. As I presented the capabilities of Tableau 2018.3 to the students and introduced it as the latest version, one of them enthusiastically remarked, ‘Hey Ray! Tableau has just released its newest version (2019.1). Happy Valentine’s day!’

Fast forward a couple of days.

I got to explore the latest features in Tableau 2019.1 including Ask Data, Tableau Prep Conductor and the redesigned Tableau Mobile app functionality. Let’s look at all of them:

Announced last year during the Tableau Conference, Ask Data is a new way to interact with your data using natural language. Instead of dragging and dropping, one gets to simply ask a question and receive insights from Tableau. This feature, only available in Tableau Server or Tableau Online, will be mostly benefited by non-technical users as they can quickly and easily analyse their data and create ad-hoc reports without any Tableau skills.

This feature is my personal choice for the “Star of 2019.1”. It simply enables users to publish their Tableau Prep flow into Tableau Server, which means workflows can now be scheduled, or ran on demand straight from the Server.

Tableau Prep – the standalone data preparation tool released in Q1 of 2018, is a powerful tool allowing users to see a complete picture of their data, reshaping it and seeing the results immediately.

The Tableau Mobile app for iOS and Android receives a new design with improved favourites experiences, and interactive offline previews which will be useful when you are travelling.

Along with the mobile app update, the Tableau Server / Tableau Online interface has also changed! You can now view data sources, workbooks, and views from one project all on the same page, making the navigation much easier, especially when you have many folders and workbooks.

Other added features include:


With the core theme being integration this time, Tableau hasn’t introduced many features for the Desktop users. Nevertheless, if your organisation relies on Tableau Prep to support your Tableau dashboards, this update will bring the most desired outcome as it helps in scheduling and automating Prep Flows.

I highly recommend that you download the latest version and try it out yourself. Don’t forget to share your thoughts in the comments section below.

If you'd like to be notified about Tridant’s upcoming Tableau training sessions Register your interest here. 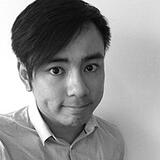 Tableau celebrates Valentine’s Day with its first update in 2019

Contact us today to make a booking or learn more about how Tridant can help harness your data to amplify your decision making capability.